Sonogram bill being referred back to State Affairs, back to Calendars, and then on the floor again tomorrow morning at 10 am.  Still time to call your Representative. 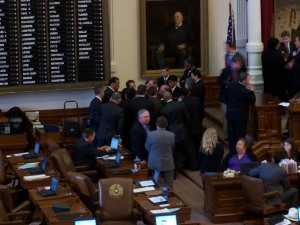 Rep. Sid Miller has laid out his sonogram bill, H.B. 15. Rep. Carol Alvarado expressing her apparent opposition to the bill.

This entry was posted on Wednesday, March 2nd, 2011 at 6:20 AM and is filed under Update. You can follow any responses to this entry through the RSS 2.0 feed. You can leave a response, or trackback from your own site.